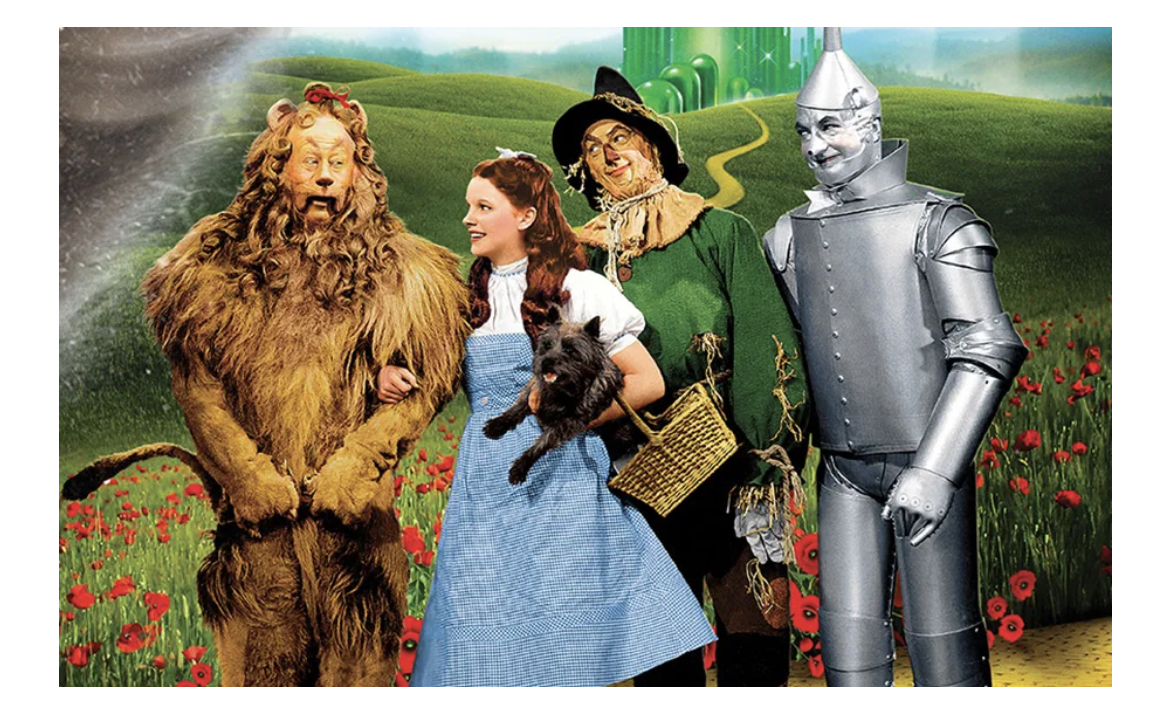 And here’s why: The Wizard of Oz has probably been seen by almost every adult over forty years old in the western world. It was produced in 1939, has shown on TV since the 1980’s, and everyone remembers “the yellow brick road”. It was made to be a musical fantasy film, but it also is one of the most hypnotic movies of the 20th century.

How do you know when you have done a good job ? How do you know that you are intelligent? If you first noticed it was from an external source (your boss, your loved ones, friends, your clients), you are a person who is externally referencing. If your mind first goes to, “I just know I did a good job” or “ I just know I am an intelligent person”, you are internally referencing.

Maybe we can all seek to experience internal dialogue first and then seek external sources for balanced feedback. If you let other people define you, you will probably end up with low self esteem and therefore a weak self concept (self esteem is how you feel about your self concept).

On the other hand, extremely internally referenced individuals will not accept feedback from others, because of their weak self concept that they often hide from others.

Narcissistic people are excellent examples of people with the inability to accept advice or feedback from others and if they are in leadership positions, they can be dangerous to their followers.

How did many of us become externally referenced? If you were raised in a house that had a strong dominating patriarchal family structure, you are even as an adult looking for a strong leader to follow. This movie also created the way we gather evidence of our most positive attributes that we try to live up to in the western world (love, intelligence, & bravery).

Most of us have watched “The Wizard of Oz” at least once. I had watched this movie many times, but one day over thirty years ago I walked into our den while my son was watching the last fifteen minutes of film on TV. I was able to watch the last minutes of the movie with new eyes, because I was not in the hypnotic trance that this movie induces after thirty minutes of watching. I had also recently learned about these terms of internal and external referencing.

I was very surprised that all of the positive attributes the Tin Man, the Cowardly Lion, and the Scarecrow were seeking were external sources for their self concepts. Notice below not one of the sought after self concept attributes were self-evident.

The Scarecrow without a brain was given a diploma. The Wizard told the Scarecrow , “ I have conferred upon you an honorary degree – a PhT – a Doctor of Thinkology”.

The Cowardly Lion was given a medal and was told , “now that you have a medal others will know you are brave”.

The Tin Man was given a heart and was told by the Wizard, “Remember what’s important, is not how much you love others, rather, how much others love you”.

So a heart means people love you, a medal mean you are brave, and with a degree it means you are smart.

This movie reinforced many future generations to be externally referenced. To let others be the author of your life is to default on your own life!