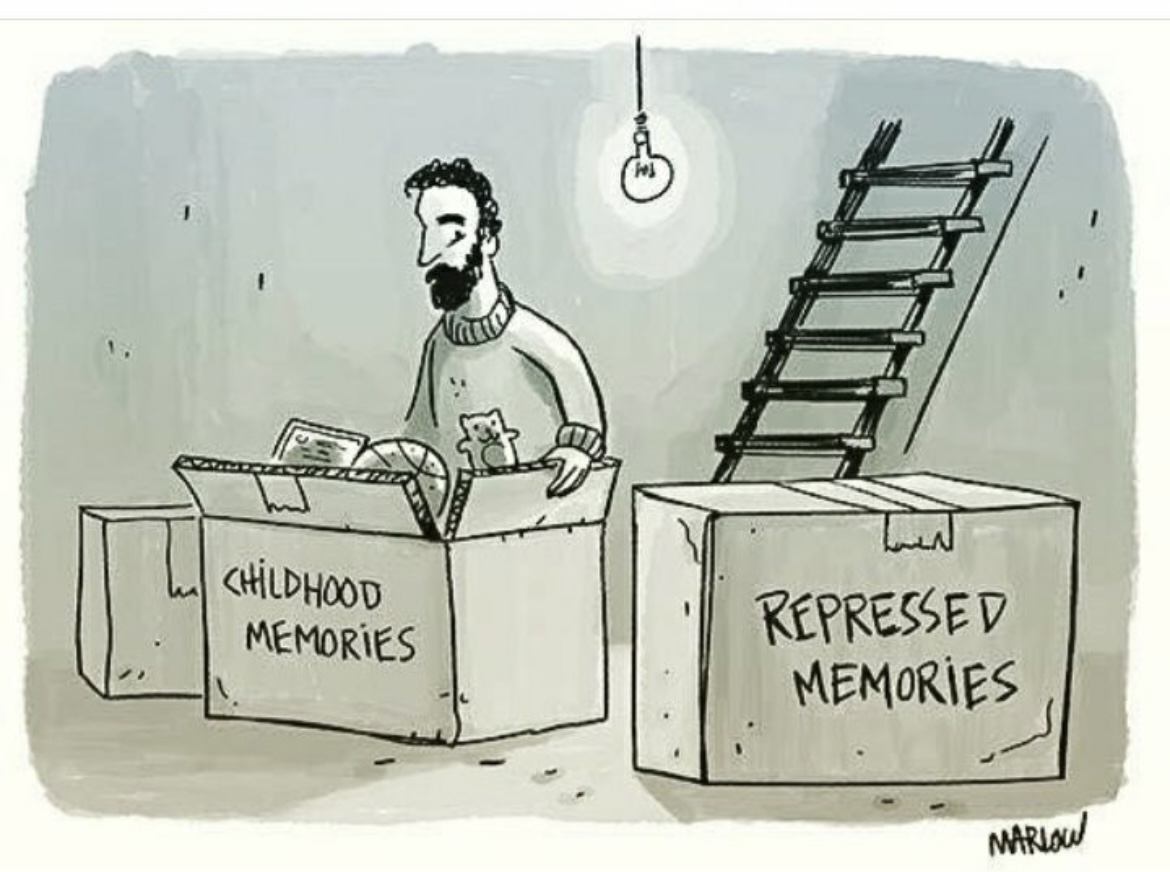 Many people do not believe “repressed traumatic memories” are real. In a two year period I had two traumas showed up after being repressed for more than thirty years. Both traumatic  memories were triggered by something happening that reminded my subconscious of a similar experience and it then became conscious to me. Both times I thought it was impossible these traumatic events had happened. I was wrong!

My grandfather died when I was ten years old, and when I learned of his death I remembered feeling relieved. I didn’t understand why until I was fifty-one years old.

In 1996, My sixteen  year old son and I were in a theater watching the movie , “A Time to Kill” based on John Grisham’s book. In the very beginning of the movie a young girl was being raped and I went into psychological shock. We left the theater!  I found myself outside of my body (disassociated) in a numb state, and sobbing uncontrollable for over two hours.

Fortunately I had been trading therapy with a very skilled therapist, and we were able to do a phone “Clean Language” therapy session that evening. At the time we used this modality and she wrote this article six years later:

In my memory I had been sexually molested once by my grandfather when I was between three and four years old. The most traumatic moment was when he told me, “if you tell anyone what I did, I will kill your mother”!

For weeks after the successful therapy session I was in denial that this memory really happened. Then I started realizing that my grandfather’s behaviors probably caused my father’s alcohol abuse and his rages. My father in our last conversation a year before his death told me that for over more than fifteen years he drank a half of gallon of vodka a day. My father died at the age of 50. I also realized that at least two of his three sisters were prescription drug abusers. My grandfather was also a member of the KKK.

Five years ago I went on the internet site “23andMe” to get my DNA test results. I found a 2nd cousin on the site that had been unknown to me. Her grandfather was raised by my grandparents from the ages of one to twelve. He was my grandmother’s younger brother by twenty years. He told my cousin’s father that he had been sexually abused by my grandfather.

He ran away when he was twelve year old, after he had been tied to a tree and bull whipped by my grandfather. He never returned and years later because of his traumas he became an alcohol abuser, and died of a heart attack  at age 42.

It was if he never existed. My father nor any members of his family ever mentioned him. I believe the saying, “people are only as sick as their secrets” applies in this case.

My father didn’t have a chance! My animosity towards my father dissolved shortly after this session.