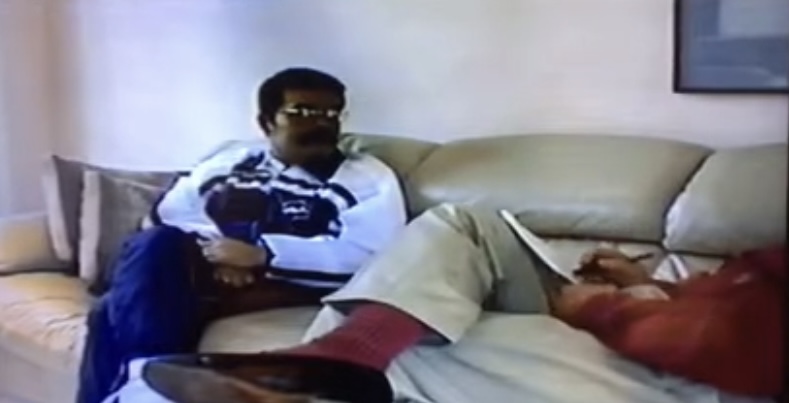 I did a 4 year followup video with Jay in 1999. On August 1, 1995, Jay was in a horrendous vehicle accident. For over 6 months after the accident Jay was blind in his left eye, the eye was bloodshot in a fixed position towards his nose, and he was also experiencing anger and rage – the effects of PTSD from the accident. I did only one 30 minute session with Jay six months after this accident.

I was a part-time psychotherapist at the time and full time FAA radar air traffic controller. Jay was my coworker.

During the 30 minute “Clean Language” session Jay’s got his vision back, his fixed eye became unstuck, he resolved his PTSD anger/rage, and the following morning his eye was no longer bloodshot.

I used simple “Clean Language” questions with Jay and he was able to get unfrozen in time from two traumatic memories. See: https://clintmatheny.com/what-is-clean-language-therapy/

We are creatures of meaning. When Jay was hit by the garbage truck he thought in a split second that he was about to die. Jay’s only experience of death was back when he was 10 years old and his 10 year old girlfriend died with cancer. Jay was enraged over her death and the rage emotion was what he was experiencing from the impact of the accident until 6 months after the accident. Jay resolved this trauma in a cloud (probably with her in heaven).

What is disappointing to me after 29 years of using David Grove’s  “Clean Language” therapy is that so few therapists on the planet use this eloquent process in healing of the MindBody. If the client wants change – amazing things happen.